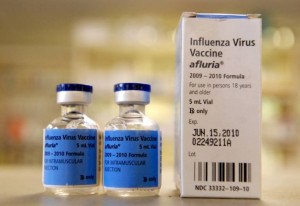 As this year’s flu season begins to wind down, officials said it was better than last year and that the vaccine had worked better. However, younger adults had been hit harder due to an increase in swine flu. The H1N1 was the biggest strain of the influenza. That strain is referred as swine flu.

The virus is back however, it is not causing people to run to a pharmacy for a flu shot. The flu activity was primarily H1N1 but did not cause a pandemic as it did in 2009, as it did not mutate substantially, said doctors. However, it has returned and hit the younger population hard.

One 33% of adults between the ages of 18 and 64 were vaccinated by November of 2013, which was a month into the flu season. This sector of the population, which is the least likely to have a vaccination, accounted for the majority or 61% of hospitalizations related to flu, thus far this flu season. That figure has climbed from that of previous years.

The flu season of 2012-2013, which caused hospitalizations of hundreds of thousands nationwide and prompted a public health emergency in Boston, has only 35% of hospitalization in that age group.

The CDC says the low rates of vaccination are one of the reasons a much higher rate of hospitalizations as well as death are hitting that age group of between 18 and 64.

Nevertheless, there is good news and that is that the vaccine for the 2013-2014 season was a strong match for the flu strain of 2009. The CDC said the flu vaccine this year reduced the amount of people that had to visit the doctor and be tested for influenza by over 61%.

As is predictable, Americans took better care of their children than themselves. Children have a higher vaccination rate than in decades at nearly 60% each year.

The rate of vaccination for people between the ages of 18 and 64 is just 30%. Officials from the CDC said that is attributed to a better campaign by public health that enlists parents and pediatricians in the effort to vaccinate.