Workers Do Not Get Enough Rest 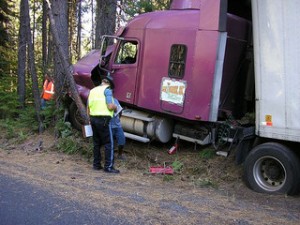 A new study by the U.S. Centers for Disease Control says that close to 41 million workers in the United States get less than six hours of sleep each night. That amount is about 30% of the entire civilian workforce in the country. The recommended amount by the National Sleep Foundation is seven to nine hours and by not getting that amount each night, the CDC said workers pose a potential risk to both themselves and their coworkers.

The survey by the CDC consisted of 15,000 workers. Over 44% of those workers who worked the night shift said they did not get enough sleep. The rates that were highest came from workers in the warehouse or transportation industries.

Another poll in March found that over 50% of pilots, 44% of truck drivers and 29% of taxi, bus and limousine drivers said regular sleep on workdays was rare. The CDC says over 20% of vehicular crashes involve drowsy drivers. In 2010, 4,547 deaths at the workplace were from occupational injuries and nearly 49,000 people died from work related sicknesses.

The two ages groups most likely to report not getting enough sleep in the latest survey were the group 30 to 44 and 45 to 64.