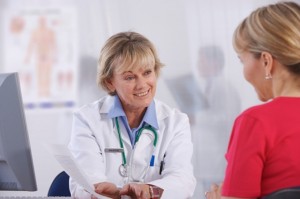 A new form of genetic analysis by researchers of breast cancer found four distinct forms of the disease. Experts said this explains why a drug therapy for one type of the cancer might not work to help cure another form.

The new findings are just the latest rewards for a huge project of cancer-gene mapping that is offering hope of even more effective forms of treatment for the disease, with drugs that are already available.

What is probably the most intriguing discovery thus far by the Cancer Genome Atlas, which is funded by the U.S. government, is that certain tumors from breast cancer are genetically similar to other cancer cells that attack other regions of the body. Therefore, existing therapies could possibly be repurposed to treat breast cancers successfully.

One of the researchers said that one treatment fits all, no longer applies. They learned that treatments must go beyond just treating all breast cancer as if they are the same. Now they have learned there are multiple cancer genetics that make them genetically separate diseases.

In the same study, two other types of cancer were identified known as luminal A and B that mutate due to a gene named HER2. Herceptin, a drug, can block the gene, curb its growth and improve the overall prognosis for that type of cancer. Herceptin has the approval to treat all forms of breast cancer, but not every cancer will respond to it, but now researchers are more aware of why.

Next »
US Bancorp Web Site Attacked by Middle East Group