Opiates Responsible For the Death of Eight Americans 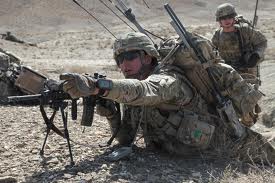 Eight American soldiers in Afghanistan died due to opiate overdoses that included morphine, heroin or other opiates between 2010 and 2011. Documents that detailed the investigation of 56 soldiers outlined the overdoses. The eight who died of overdoses had been included in the 56 who were investigated. Those investigated had been under suspicion of using, possessing or distributing opiates.

Through the investigation, it was discovered that use of heroin is apparently increasing in the Army in general. Military statistics showed that soldiers testing positive for the opiate increased from just 10 in 2002 to 116 in 2010.

Drug use by American soldiers in Afghanistan, the country that supplies over 90% of the world’s entire supply of opium, was done through the purchase of drugs with Afghan youths. A United Nations study also said that the Taliban uses the vast amounts of money earned through opium sales to finance its insurgence activities. Although some of the use of opiates by American soldiers was heroin, the vast majority are the abuse of prescription drugs like Percocet.

One such case documented said that one overdose occurred when a solider purchased black tar opium outside the military base and smoked part of it in a cigarette and used the rest in the form of chewing tobacco.

The reports also include soldier lingo used for the drug. It is called Afghani dip, referring it to a form of chewing tobacco.

Other drugs were also consumed by soldiers. Documents show that they included codeine, marijuana, steroids and hashish.