Newborns Might be Helped with both Breast Milk and Formula 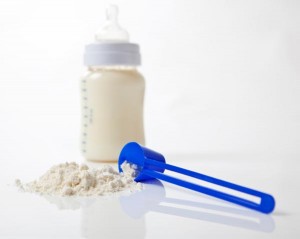 Babies that have an early loss of weight might benefit from being given a limited amount of formula in addition to their mother’s breast milk, suggested a new study published in Pediatrics on Monday.

In fact, the trial, which was randomized, suggests that the early feedings of formula might help babies transition later to only breast milk.

Thirty-eight newborns were studied by researchers. The babies had lost a minimum of 5% of their body weight in the first 24 to 48 hours after being born.

Nineteen were selected at random to receive just breast milk, while the other 50% were fed “early limited baby formula intervention.” They were given 10 milliliters of the formula following each feeding of breast milk.

After 90 days, 79% of the babies, who had been given formula, had been transitioned to exclusively breast feeding. Just 42% of those newborns who were only fed breast milk stayed on just breast milk, with the rest being given the supplemental formula.

The study’s lead author said most newborns do not need to be given formula, but some are at a risk from weight loss and giving them formula could be a helpful option.

Despite there being positive signs, the study’s authors noted additional research was needed to validate the feeding method.

The doctors said it was important to be able to confirm the results at a future date including larger studies and amongst other populations.