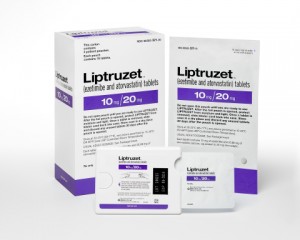 Merck & Co the huge drug maker announced this week that it was recalling its combination drug for cholesterol wiping out its entire stock in the U.S. The recall was due to defects in packaging that could lower its effectiveness.

Merck announced that the recall had covered all of the dose strengths as well as every batch that had been distributed of the drug since last May when Liptruzet was launched.

Both of the active ingredients in the medication are still available separately.

Merck is the third largest drug maker in the world and said some of its foil pouches that hold the pills might allow moisture and air inside.

The pharmaceutical giant said that could cause a remote chance that might decrease the effectiveness of the drug or otherwise create changes in its properties. However, the recall said Merck was not due to any reports of any users being harmed.

Liptruzet combines the two drugs it contains that work in complementary methods to lower LDL levels. LDL is referred to as the “bad” cholesterol. Lowering levels of LDL is a common strategy used in preventing strokes and heart attacks.

Atorvastatin is Lipitor’s generic version. Lipitor is Pfizer’s cholesterol pill that at one time was the top-selling drug in the world for close to a decade until its patent protection ran out nearly two years ago.

Zetia continues to be sold by Merck and several different companies sell atorvastatin, which is less expensive. Liptruzet costs over $5.50 per pill, which is about the price of Zetia, while one atorvastatin is only 25 cents.

Merck said patients could still take Liptruzet that they already have but should contact their doctor prior to stopping. Merck said it hopes to have Liptruzet on the market against as soon as they can.

A spokesperson from Merck said that the packages for Liptruzet had been produced by a manufacturer in the U.S. under a contract through the pharmaceutical company.