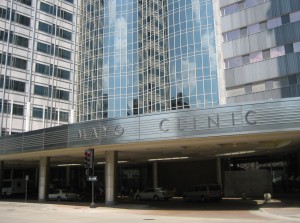 A hematologist from the Mayo Clinic says an experiment has had promising results. Cancer researchers said they were excited about someday treating cancer of the bone marrow by using the measles virus that seems a good match for the job.

Two subjects in the research, a woman who was 49 years of age and a woman aged 65, were given huge doses of the measles virus through intravenous injections to fight multiple myeloma, a cancer of the bone marrow that also can cause soft tissue and skeletal tumors.

One of the patients had not responded to stem cell or conventional treatments. When enrolled in the trial, researchers said she experienced remission of over six months.

Hematologst Dr. Stephen Russell from the Mayo Clinic treated the two women. The second woman’s response to the treatment was short lived.

There is a great deal of worked needed to determined if this can be generalized and the best way to apply it to other patients with cancer, said Doctor Russell.

Russell with his team described how they had given the two females the high dose of measles vaccine engineered to eliminate the cancer.

Just one intravenous infusion had been used of the measles vaccine and that caused the woman’s tumor to regress completely, said the doctor. Other lesions that showed up on a CT scan also disappeared.

Side effects of the treatment included vomiting, fever and a severe headache.

Four other people were also treated but did not respond to the treatment.

Doctors are pleased with the results saying that by combining the right virus amount with the right type of cancer stellar responses are taking place and that is where research should go next.

The researchers said now we need to figure out which viruses combined with which cancer or which patient would work the best.

A representative from the Mayo Clinic said a larger clinical study was planned. If the results turn out favorable and the responses last, then regulators might consider approving the process.