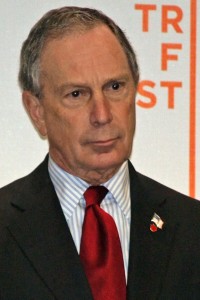 A judge made an 11th hour decision on Monday that struck down New York City Mayor Michael Bloomberg’s legislation to rid the city of super-sized sugary beverages on the eve before the legislation was set to start.

The soda ban as it has been dubbed was to put a limit on the size in ounces of sugary beverages that are high in calories.

If the legislation had not been struck down on Monday, fast food establishments, restaurants, movie theaters, pizza parlors, and even some bars would today not be able to sell containers of over 16 ounces of drinks containing high sugar content and over 25 calories per ounce.

Included in those products were sports drinks, sodas, juice drinks, energy drinks, smoothies, slushies and others. Not included were drinks that were milk-based and alcohol.

However, at the last minute Milton Tingling a Supreme Court Justice of the state of New York struck down the law by explaining that the Board of Health from New York City did not have jurisdiction to enforce the law. He also said the law was capricious and arbitrary by not accomplishing what it sets out to accomplish.

The mayor was not in agreement and suggested that sugary drinks are one of the leading causes of today’s obesity problems. Bloomberg said he and the city would appeal Tingling’s ruling.

A city survey found that people living in households whose income was twice the level for poverty or below, were much more apt to drink a minimum of 12 ounces of a sugary beverage each day than those people living well above the poverty line.

Some businesses have voluntarily enacted the legislation.