Abnormal Rhythm of Heart Could be Caused by Antibiotic 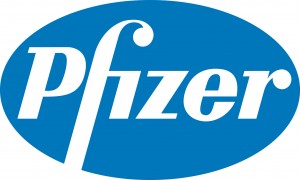 An antibiotic that has become very popular and used to help treat a number of different infections might cause a heart rhythm problem that could be potentially fatal in some patients.

The antibiotic is often prescribed for use in infections of the lungs, ears, skin, sinuses, throat and the reproductive organs.

The medication also is sold using the brand name Zmax in the United States. It is a popular choice amongst patients because they can take less frequently during a shorter period than with other antibiotics.

However, the Food and Drug Administration in the U.S. warned on Tuesday that the medication could interfere with the electrical activity of the heart.

The people most at risk of this happening are the elderly and those who have irregular heartbeats or arrhythmias, as well as people who have low levels of magnesium and potassium.

The latest warning follows a study from last year that found a slight increase in death due to a cardiovascular event among those treated with Zithromax in comparison to people who received ciprofloxacin or amoxicillin.

The study found that patients taking Pfizer’s Zithromax, had higher incidents of fatal heart rhythms. At that time, the U.S. regulator urged patients who were taking the medication not stop prior to seeking advice from their medical caregiver.

The FDA, in its warning, said the antibiotic could alter the heart’s electrical activity, which might cause a potential rhythm in the heart that could be fatal referred to as the QT Interval.

The FDA warning also said that doctors should take precautions when prescribing the antibiotic to their patients who are known to have the heart condition or certain risk factors.