Hypertension can be lowered with more Potassium Intake 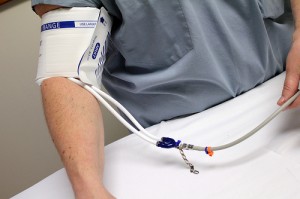 World Health Day is April 7 and the theme of the day this year is blood pressure or better yet high blood pressure also referred to by many as hypertension.

However, researchers say great benefits would occur if the dietary intake of potassium was elevated at the same time sodium was reduced.

WHO says that one billion individuals worldwide are affected by high blood pressure. It leads to numerous deaths as well permanent disabilities. Often referred to as the silent killer, hypertension has few symptoms that are obvious.

Nevertheless, what is good is that hypertension is often times preventable. Many studies have been done indicating that lower salt intake will lower the risk of suffering a stroke and other illnesses.

One big way to help reduce hypertension say doctors is to increase the intake of potassium.

Studies have shown that a higher intake of potassium is linked to a 24% lower risk of suffering strokes in adults and might have beneficial effects in hypertension in children.

Potassium can be found in vegetables and fruits as well as unprocessed fish and meats. Some experts believe that humans used to eat between two and three times the amount of potassium that is consumed today.

Potassium not only counteracts some negative effects of salt, but also is important for muscle control and nerve function. Most medical experts recommend potassium intake through food and not through supplements. People living in developed countries consume nearly 3 grams of potassium daily in their diets, while the recommended daily intake is 4 grams.

Next »
Kate Atkinson with new novel Life After Life