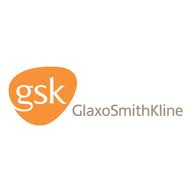 After being criticized for years for the practice, GlaxoSmithKline has announced the end of its program to pay doctors to promote its products. Pharmaceutical companies have paid doctors to speak on their behalf for decades. Doctors are most likely to value the advice of trusted peers at conferences and other meetings of medical professionals.

However, some are saying that the practice unduly influences the information doctors give each other. It can also lead to doctors prescribing drugs inappropriately to patients. The company released a statement saying that it would no longer pay health care professionals to speak on its behalf about its products or the diseases they treat “to audiences who can prescribe or influence prescribing.” Under the requirements of the new health care law, all such payments by pharmaceutical companies are to be made public beginning in January 2014.

The British drug maker will also stop tying the compensation of sales representatives to the number of prescriptions written by doctors in their sales area. Glaxo also said it would stop providing financial support directly to doctors to attend medical conferences. All of these practices have been common in the industry for years, but critics say that the practices are troublesome conflicts of interest. While other major drug companies may be considering similar moves, Glaxo appears to be the first to make such an announcement.

Glaxo is currently the subject of a bribery investigation in China. Chinese authorities allege that the company has been funneling illegal payments to doctors and government officials in an effort to increase the sales of its drugs. Authorities in China have also said Glaxo provided compensation to doctors for travel to conferences and lectures that never occurred.

Andrew Witty, Glaxo’s chief executive, said that the proposed changes were not related to the investigation occurring in China. He said that the changes were part of an extensive, long-term effort “to try and make sure we stay in step with how the world is changing.” He continued on to say, “We keep asking ourselves, are there different ways, more effective ways of operating than perhaps the ways we as an industry have been operating over the last 30, 40 years?” Glaxo said that its plan would be completed worldwide by 2016.