Blood Pressure: Most Dangerous Amongst Women 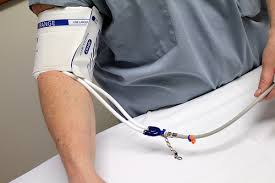 A new study shows that high blood pressure can be potentially more dangerous for women than for me, suggesting that physicians might have to treat the dangerous condition in females both earlier and more aggressively.

This study is the first to identify differences between males and females when it has to do with mechanisms that contribute to someone having high blood pressure.

The report follows a substantial decline in deaths from heart disease for males over the last 20 to 30 years. Reports that have been previously published reveal that from 2004 to 2010 death rates fell for males both white and black from 335 per 100,000 deaths for whites and 454 per 100,000 for blacks, to 278 and 368 respectively.

At the same time, heart disease now is the leading cause of death for females in the U.S., accounting for 25% of the deaths in 2009.

Since males and females are treated in same way for this condition, researchers at the Baptist Medical Center at Wake Forest started to search for reasons for the visible difference.

The team examined 100 males and females, all 53 years of age or older and had suffered from high blood pressure that had been untreated.

The tests measured the hormonal nature and the forces on the blood circulation behind high blood pressure development in the males and females.

The results found 30% to 40% more cases of vascular disease in women who participated when compared to male counterparts, with the same level of blood pressure.

Differences were also detected by researchers in the cardiovascular system of women, such as the levels and types of hormones involved with the regulation of blood pressure that involved the frequency and severity of heart disease.

There remains a limited amount of study on this subject that one researcher lamented, despite the efforts of the American Heart Association to bring attention to it.

One cardiologist said the physiological responses from males and females to blood pressure differing is not a surprise.

New research has suggested that in women high blood pressure can be potentially more dangerous than for men. The recent study concluded that in women with hypertension there needed to be treatments that were more aggressive than in men that have the same condition.