Drinking in Moderation during Pregnancy will not Effect Children 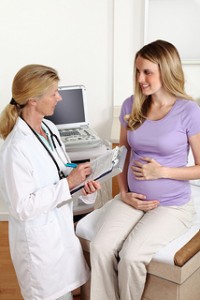 For many years, the cardinal rule for pregnant women was not to drink. However, a recent study from Denmark has now thrown that rule of thumb into doubt. The study found that mothers of 5-year old children who drank low or moderate amounts of alcohol or one to eight drinks per week, during the early part of their pregnancy, did not show any ill effects.

The consumption of alcohol during a woman’s pregnancy that was more than a moderate amount was linked with lower attention spans in children in the same age group.

However, even with the new findings, the experts who examined the research indicated it should not have any effect on the current standard recommendation that doctors make.

One medical expert warned that the new finding could send out a dangerous message for women who are pregnant. He said the Surgeon General says women not to drink during pregnancy so as to avoid alcohol disorders in newborns.

Researchers analyzed information in the study from over 1,600 women from the Danish National Birth Cohort. Alcohol consumption was classified for women who were pregnant as none, low, moderate and high. Binge drinking was considered five or more drinks during the same occasion.

When the children of the women involved in the study were 5, they underwent tests for an assessment of their IQ, thinking skills for planning, attention span, self-control and organization.

Overall, the low up to moderate rates of alcohol consumption showed no significant effect on the brain development of the children.