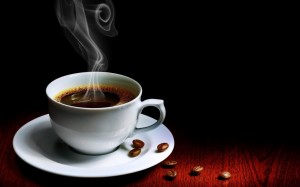 A study, which recently concluded, was published online suggesting a link between the consumption of coffee and a reduced suicide rate.

Harvard School of Public Health researchers reviewed the data of three large studies done in the U.S. analyzing data taken from thousands of participants regarding the consumption of coffee, caffeine and decaffeinated coffee every 48 months through food questionnaires, while at the same time, physicians analyzed and reviewed deaths due to suicide.

The quantity of caffeine participants drank was assessed both from non-coffee and coffee sources such as tea, chocolate, soft drinks with caffeine, though the researchers did add that the main source of caffeine was coffee in the study, accounting for at least 71% in the three studies that were reviewed.

During the time of the study, suicide caused the death of 277 participants and a surprising discovery was made by researchers.

The suicide risk in adults, who each day consumed 2 to 4 cups of coffee, was lower by 50% than those adults who drank no coffee, very little coffee or just decaffeinated coffee.

The researchers said no major differences existed between those drinking 2-3 cups each day of coffee and those who drank 4 cups or more each day, although, it was noted that this might be from smaller suicide rates overall in that category.

The researchers explained that caffeine and coffee stimulate the body’s central nervous system by acting as an anti-depressant by boosting the production in the brain of neurotransmitters such as dopamine, serotonin and noradrenaline all chemical associated with depression.

Researchers thus concluded that the consumption of 2 to 4 cups of coffee daily for health adults would help lower the rate of suicide, but experts advised that drinking too much caffeine also come with side effects such as nervousness, restlessness, insomnia and a heartbeat that is elevated.