Zynga, which is a social networking games company, dropped the most in a year after it announced the abandonment of its plans to venture into the online gambling business in the United States. The company is known for games such as Texas HoldEm and Farmville. 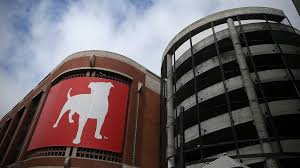 Zynga shares fell 14 percent to $3.01. This was the largest one day drop since July 2012. In a statement, the social network gaming company said that it continues to evaluate its real money gaming products in the United Kingdom and has made the choice not to pursue a license for real money gaming in the United States. The stock went down as low as $2.81.

In 2013, Zynga shares had increased 48 percent through yesterday as investors hoped that the company could use online gambling to revive growth as it experienced a slump in gaming on Facebook. Zynga started procuring a gambling license in Nevada in 2012 as it tried to penetrate the online betting market in the US that could reach $7.4 billion each year by 2017.

Zynga estimated its third quarter sales and earnings that were below the expectations of analysts. The company attributed it to fewer users accessing its games on Facebook. The third quarter loss that excluded some items will be 2 cents to 4 cents per share with revenue of $175 million to $200 million. The average estimate made by analysts is a loss of 2 cents on sales of $216.2 million.

Zynga had three top ten games on Facebook at the end of the second quarter. This was down from seven the previous year. CEO Don Mattrick is trying to bolster the sales as users transition towards mobile devices and more Facebook members migrated from Zynga games to its competitors, such as King.com. Candy Crysh Sage, which came from King.com, is said to be the top game in Facebook.