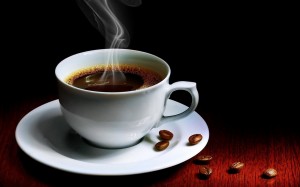 The drug that is most popular amongst children in America is not alcohol, Ritalin or even marijuana. It is just plain old caffeine. However, many children today have gone from getting their caffeine fix through colas to filling up on coffee.

A new study published this week found that children and younger adults between the ages of 2 and 22 are drinking coffee to get a bigger intake of their caffeine. In 2010, that share of caffeine intake reached 24%, up from only 10% ten years ago.

Cola, while holding its title as the most popular caffeine source, is starting to lose its fizz. The amount of caffeine that children get from drinking soda has fallen to 38% from 62% over the same period, said the report.

Experts wondered why kids are opting for more coffee and found out that a reversal in attitudes has been made. Previously the drink was characterized as being dangerous, especially when it came to children, but it now has begun to be considered healthy.

A number of reports that tied coffee consumption to heart disease and stunted growth have been discredited, says on historian on coffee. Instead research recently has shown drinking coffee is able to lower someone’s risk of liver cancer, as well as protect against the development of Type 2 diabetes, as well as other health benefits.

At the same time, soda, which was perceived during the 1960s as the healthier option, is now tied to diabetes, heart disease and obesity.

Coffee has made a huge comeback in the U.S. overall, as more people begin to see it as a delicacy. Fans of coffee, much like connoisseurs of wine, pride themselves on being able to know how the flavor of a cup of Joe could be different by changing the type of beans, the altitude in which the beans were grown and how they were processed.

Amongst children, the increasing appeal of drinking coffee could be partially due to the frappuccinos and drinks of a similar nature. Teenagers, who might not have been able to acquire a taste for a black cup of coffee straight up, can instead enjoy a caffeine fix with the many mixed coffee drinks offered today.