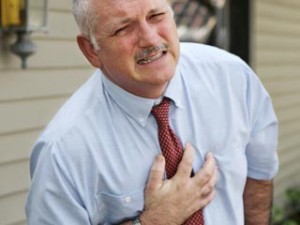 Having a temper might increase a person’s risk of suffering a stroke or heart attack according to new research. Rage often times precedes an attack and might be one of its triggers, said researchers from the United States, who perused medical research.

The group identified a period that was dangerous of nearly two hours after a big outburst when people are at an elevated risk.

However, researchers say that more work was needed to help understand the link, as well as finding techniques to bust stress that could avoid such dangerous complications.

People with existing risk indicators, such as heart disease history, are more susceptible the researchers said. In the two hours that follow an angry outburst, heart attack risks are increased nearly five times and the risk of suffering a stroke is increased three times, showed the data from 9 studies that involved thousands.

Risk of just a single outburst is low said researchers from the Harvard School of Public Health. One more heart attack amongst 10,000 people is expected amongst people with low risk who are angry just once per month. That increases to four extra per 10,000 people who have a high risk of cardiovascular incidents.

Experts know chronic stress can contribute to future heart disease partly due to raising an individual’s blood pressure, but also due to people dealing with their stress in ways that are unhealthy including drinking excessive amounts of alcohol or smoking.

Researchers said that it is worth performing tests on what stress breaking strategies such as yoga could offer to the individual.

The way people cope with stress and anger is important and learning how to calm down can help move a person from situations that could be dangerous to their health. One way many people release stress is by physical activity at the end of the day.