Oscars Picture of the Year Goes to 12 Years a Slave 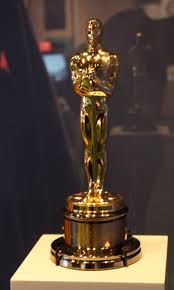 The slave drama that some could not even watch in its entirety 12 Years a Slave and Gravity, the 3D drama were the big winners of the night at the Academy Awards. Matthew McConaughey and Cate Blanchett were the winners of Best Actor and Best Actress respectively.

Even though many voters at the Oscars found the searing chronicle about enslavement by Steven McQueen too harrowing to fully watch, the movie prevailed on Sunday as the Best Picture in one of the closest Oscar contests of the modern era.

On the night, Gravity the space thriller earned seven Oscars, leading the way, including for Best Director, the first time a filmmaker born in Mexico had won the title. However, the biggest honor was given to the true-life account of Solomon Northrup, who was kidnapped and auctioned in slavery.

McQueen when accepting the award for Best Picture said everyone deserves to live not just survive. He said he dedicated the award to everyone who had endured slavery.

The unflinching representation of rape, lynching and whippings was not made to be easy viewing. However, it continually was buoyed by great critical acclaim and seemingly, throughout it won endless awards maintaining its momentum even in the face of the blockbuster by Alfonso Cuaron, Gravity and American Hustle the popular con game movie.

McQueen became the first director who is black to win Best Picture. 12 Years a Slave was one of many movies over the past year that explored African American’s often traumatic history. In addition, were Fruitvale Station, the Butler and 42.

Members of the Motion Pictures Academy split their voting amongst many films, but 12 Years a Slave’s win left American Hustle, which had tied Gravity with 10 nominations, without one statuette.

Cate Blanchett won the best actress award for her performance in Blue Jasmine.

Matthew McConaughey, who had to lose 40 pounds for his performance in Dallas Buyers Club, won the best actor award.

The host on the night Ellen Degeneres spent much of her time in the audience posing for a selfie with Bradley Cooper and Meryl Streep, as well as serving Brad Pitt pizza.