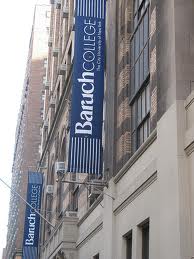 The ritual is which a Baruch College student died is named Glass Ceiling and takes place outside. The game involves the blindfolding of an individual and placing an item that is heavy on his back.

The person then must navigate to another person who calls him. While he makes his way to the person, others attempt to tackle him.

Now Pennsylvania law enforcement say they are attempting to determine how Chun Hsien Deng a freshman at Baruch College who was 19 years old died Monday after suffering from major brain trauma during his participation of the game at a fraternity ritual last weekend in the Poconos.

Deng, who also was called Michael, was at a home in the Poconos. He was part of a Fraternity retreat with 30 or more members from the fraternity Pi Delta Psi.

There were four pledges and Deng was one of them at the retreat. He suffered his fatal injury on Sunday, according to a police statement. He was unresponsive and after a period of time, members of the fraternity took him to an emergency room at a Wilkes-Barre hospital.

He was immediately place on a life support system and died Monday.

The death is being investigated by the district attorney as well as the time period between when he was injured and taken to the hospital.

While details of the incident are being investigated, no ambulance was ever called to the scene and no medical service was given to Deng prior to his arrival at the hospital.

A resident in the area, who lives in front of the home where the fraternity members stayed, said the location was known for parties.

A spokesperson for Baruch, said Deng had died following a fraternity pledging event that took place in the Poconos that had been unsanctioned.

The president of the college Mitchel Wallerstein said he did not have any knowledge of the event or that a pledge class was being rushed by the fraternity.

The Fraternity has been suspended on campus while an investigation of the events takes place.

Studies that have been done nationally, call hazing common on campuses of college across the country, due to the number of fraternities and sororities on the university system.