Snowden Offers Help with Spying in Exchange for Asylum 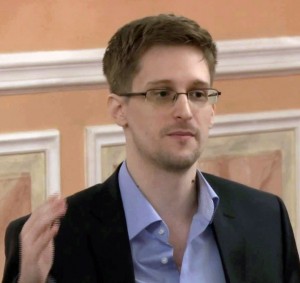 Edward Snowden wrote an open letter to all the people of Brazil. He offered his personal assistance to the Brazilian government to help investigate the allegations of spying by the U.S., but on one condition; he be granted political asylum permanently.

On Tuesday, the letter was published for the first time in the Folha newspaper in Brazil. The letter said that Snowden had expressed his willingness to assist where legal and appropriate, but the U.S. government unfortunately has worked hard to limit his ability to do that.

The letter first became available to the public on the website of the newspaper in Portuguese. After it appeared in the Folha newspaper, it was posted on a Facebook page that apparently belonged to David Miranda, who is the partner of Glenn Greenwald, the former journalist with Guardian who is based in Brazil and received thousands of documents that detailed the National Security Agency’s programs dealing with spying.

It was not completely clear in the letter whether the former contractor with the NSA was suggesting that Brazil should give him political asylum as compensation for the help he is offering in probing the claims that Brazil has been spied on by the United States.

In his letter, Snowden wrote that until he is granted permanent political asylum by a country, the government in the U.S. would continue to create interference with his ability to be heard.

Snowden wrote that a number of senators from Brazil agree and requested help with investigations into crimes against citizens from Brazil.

Greenwald, in respond to a tweet said that if the media outlets want should report the true content in their reports.

Earlier Greenwald described many summaries by the media of the Snowden letter addressed to Brazil as being wrong.

On Monday, Mr. Snowden said he felt somewhat vindicated when a federal judge ruled that the collection of data by the NSA, was likely unconstitutional.

In a separate statement, Snowden said the secret program the U.S. the government had authorized was found to violate the rights of Americans.