FDA: New Policies for Antibiotics Use on Farms 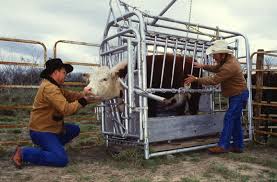 Last week, the U.S. Food and Drug Administration made an announcement about new policies it has implemented to curtail widespread use of powerful antibiotics in chickens, pigs and cows raised for meat.

Critics point out that the move does not go far enough.

The problem is quite simple and very scary. Antibiotics are indispensible for modern medicine. However, they are starting to lose effectiveness. Bacteria that are antibiotic-resistant are spreading rapidly and now cause the deaths of more than 23,000 Americans annually.

One of the reasons there are new strains of bacteria that are resilient from strep to staph to salmonella, is the overuse of antibiotics that are already being used. This in turn gives the bacteria more ways to evolve and over time outsmart the antibiotics.

The culprits are many. Doctors are prone to over prescribe an antibiotic for patients. However, large farms have become another place that is a culprit.

Some estimates say close to 80% of antibiotics used in the U.S. are on livestock, both as a control against disease and as a way to fatten up the animals.

Over the next 36 months, the FDA wants the antibiotics used for growth in animals to be phased out. The regulatory agency has also proposed more supervision of the antibiotics by veterinarians.

Since penicillin was discovered in 1928, antibiotics have become treatments for a broad range of bacterial infections that include tuberculosis to strep throat. Prior to antibiotics, infections now thought of as manageable, such as a simple infection in the skin or pneumonia, were often times a death sentence.

Already, more than 2 million people in the U.S. become infected each year with bacteria that is antibiotic-resistant and as many as 23,000 die each year due to those infections.

Doctors said that cases are now being found where patients hospital infections are not responsive to antibiotic treatment of otherwise.

New antibiotics in theory can be made, but the large pharmaceutical companies have become more and more reluctant to spend up to $1.7 billion per antibiotic that could quickly lose effectiveness.

Every time an antibiotic is used the odds that a resistance will develop increases. Therefore, the Center for Disease Control suggests that we should only use antibiotics when absolutely necessary to treat the infection.