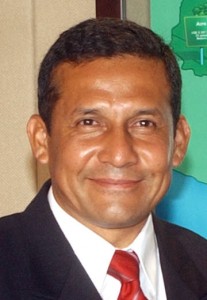 Security forces in Peru said they believe two of the four top leaders of the Shining Path group have been killed. The authorities said the rebel group leaders were killed during combat in the region of coca growing plantations in the southeastern region of the country.

Ollanta Humala, the President of Peru told those at a press conference that DNA test were in the process of being performed so they can confirm the identities of the top leaders of the insurgency that helps fund its operations with money from the cocaine trade.

Marco Antonio Quispe Palomino or Comrade Gabriel is the youngest of a group of three brothers from the family Quispe Palomino and commands up to 500 fighters. The military chief of the clan is said to be Alejandro Borda Casafranca or Comrade Alipio

Authorities said they had confirmed one of the two was Alipio, but are still not certain about Gabriel.

The two apparently were amongst three killed on Sunday night during combat in the river valley region of Ene.

The Quispe Palomino group is the final remnant of the insurgency known as the Shining Path that was devastating to Peru for 20 years between 1980 and 2000. However, over the past five years, its fighters still killed over 100 troops in the area that is considered the largest region in the world for coca producing.

In April of 2012, to attract publicity, the group’s members kidnapped over 36 construction workers at a natural gas project. In August of this year, the group was blamed for the destruction of heavy equipment used to build roads.

Experts in drugs say that Peru is now the No. 1 cocaine producing country in the world, supplanting Colombia.

Much of the product from Peru is transported via ground or flown partially processed into Bolivia.

Another group of members from Shining Path was dismantled this year when Comrade Artemio was captured. He received a life sentence this past June for drug trafficking, terrorism and other criminal activities.