Inventories of businesses in the United States remained unchanged in June as companies excluding the auto industry cut back on restocking. This could affect the estimates for economic growth of the nation in the second quarter. 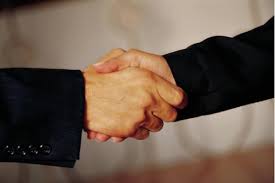 The total number of inventories was unchanged in June according to the Commerce Department. A poll made by Reuters had estimated overall inventories to increase 0.2 percent in June. Inventory is one of the vital components of gross domestic product. Retail inventories, minus autos, declined 0.1 percent after an increase of 0.2 percent in May.

Inventories were down in most sectors, from clothing, food and department stores. Businesses were a little careful about restocking due to the lackluster domestic demand. The report indicated that inventories have offered fewer boosts to second quarter economic growth than the previous estimate.

Last July, the government gave an estimate for gross domestic product that showed an increase at 1.7 percent annual rate in the second quarter. Business sales went up 0.2 percent in June. If sales continued at June’s rate, it would take 1.29 months for businesses to sell all of their stuff, which was the same from May.

Barclays dropped its second quarter GDP estimate to 2.4 percent rate from 2.5 percent. JPMorgan also revised its growth rate to 2.2 percent rate instead of the previous estimate of 2.3 percent.

Inventories added less than 0.5 percentage points to the GDP growth in the second quarter. Wholesale inventories in June were dragged down by automobile stocks that dropped 1.5 percent. This was the most declines since December. Aside automobile, stocks of metals, clothing, paper, hardware, and electrical goods also dropped.

Sales at wholesalers increased 0.4 percent in June after a rise of 1.5 percent in May. The increase in June was still below the expectations of economists, who called for a 0.7 percent increase.