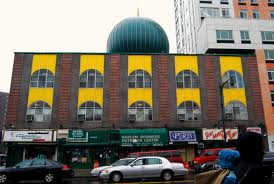 The New York Police Department labeled entire mosques in the city as organization of terrorism. This designation gave police the right to spy on imans, use informants to listen to and record sermons, often without the need of specific evidence that a criminal wrongdoing was taking place.

Designation of a mosque as a terrorist organization means anyone attending prayer services in the mosque could be a potentially subject to investigations and is open to surveillance by the police.

Since the attacks of 9/11, the NYPD had started a dozen or more terrorism organization investigations into different mosques, read confidential documents from the police and interviews.

The investigations are a tool by police that is intended to aid with the investigation of terrorist cells. Many of the investigations have stretched on for years, which has allowed for surveillance to remain in place even though police have never charged an Islamic group or mosque with operating such an organization.

Documents show the details of how, in hunting for terrorists, members of the police department investigated many innocent Muslims living in New York and documented personal information regarding them that was kept in police files that were secret.

This strategy has given the NYPD the ability to send officers undercover into mosques as well as planting informants on mosques board of directors.

The revelations of the massive spying carried out by the NYPD are contained in documents that were recently obtained by the Associated Press.

These disclosures have comes at a time when the NYPD is currently fighting lawsuits that accuse it of racial profiling while fighting crime.

Earlier in August, a judge made a ruling that the police department’s stop and first policy was not constitutional.

The ACLU along with two additional groups sued, saying the spying programs focusing on Muslims were unconstitutional as well as putting fear in Muslims making them afraid to even practice their own faith.