Consumer confidence improved this month as Americans became more optimistic about employment opportunities as well as the outlook for the economy. The Conference Board’s index of sentiment went up to 81.5 from the revised 81 the previous month that was stronger than the initial report. The average estimated from a poll by Bloomberg was 79. Another data showed that home prices increased in June at the second fastest rate in seven years. 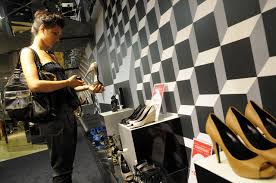 Higher property values as well as stock market returns have bolstered income expectations that as helped sustain consumer spending. Richer households accounted for the gain in sentiment in August. It indicated that larger job and wage increases are needed for the broader expansion that would benefit all income groups.

67.9 percent of respondents said they predict interest rates to increase more. This was lower than the seven year high of 71 percent the previous month. The Thomson Reuters/University of Michigan preliminary sentiment reading for August showed that higher borrowing costs have deteriorated home-buying conditions and pushed the index down from the six year high in July.

The average rate on a 30 year mortgage increased last week to a two year high of 4.58 percent. This was according to Freddie Mac. The rate dropped in November to 3.31 percent, which is a record low. According to the report, 5.1 percent Americans plan to purchase a house in the next six months. The decline from 6.9 percent in July was the largest since 1970.

A report from S&P/Case-Shiller showed the momentum in home prices was started to wane in June. The index of property values in 20 cities in the US increased 12.1 percent from June of last year, after a 12.2 percent year-over-year increase in May that was the largest since March of 2006.

The growth rate of home prices has been slowing but they still get year-over-year increases. The housing sector is in good shape but investors are still worried about the mortgage rates.