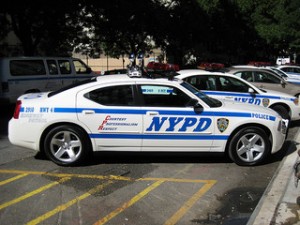 The New York Police Department announced that a man had implicated himself in 6-year old Etan Patz’s death. The youngster disappeared over 33 years ago while on the way to school. His disappearance helped start the movement for missing kids that put their faces on the outside of milk cartons.

Investigators were continuing to review all the details of the story the man told them. The new development comes just a day prior to the Friday anniversary of the boy’s disappearance. Traditionally detectives are inundated with hoaxes and false alarms related to the disappearance close to the anniversary date.

Police picked up the man on Wednesday and he was being questioned by the DA’s office in Manhattan on Thursday. One official said the man had been linked to the case in prior years.

In April, a basement was searched in Manhattan, regarding the boy’s disappearance but police said it was not related to the new person that has come forward. When the boy disappeared, he and the man lived in the same neighborhood in Manhattan.

The boy left his house with a backpack on May 25, 1979 and disappeared while walking alone for the first time to his bus stop. The bus stop was only two blocks from where he lives in SoHo.

Police searched the entire city for the boy and the case received a great deal of media attention. The youngster’s photo was the first to be placed on milk cartons along with thousands of different fliers that were posted around the entire city.

At that time, SoHo was a working-class neighborhood and not the place it is today, filled with galleries and swank boutiques.