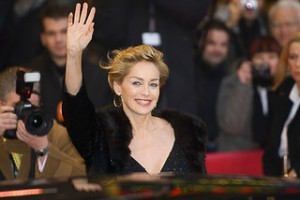 Sharon Stone was sued on Wednesday by her housekeeper. The former live in housekeeper and nanny, has claimed a number of things in her documents that were filed in court yesterday.

The harassment lawsuit was filed by Erlinda Elemen and claims that she was insulted by Stone due to her Filipino accent. She said that Stone had told her not to talk in front of her kids, so they would not end up speaking like her.

The suit also says that Elemen was not allowed to read the Bible while in the home of the actress. Elemen also said she was fired by Stone after Stone discovered the housekeeper had been paid for working overtime.

Solomon Gresen, the attorney representing Elemen said she worked for five years with Stone and as nanny she had only fond memories of Stone’s children. However, Gresen said that Elemen could not handle what he said was the increasingly abusive and hostile behavior on Stone’s part.

Paul Bloch, Stone’s publicist said that Elemen is just a disgruntled former housekeeper who originally sought worker’s compensation and disability after being fired over 15 month ago. Bloch says that now Elemen is looking for a way to cash in. He called the lawsuit frivolous and the claims absurd because they were fabricated and made up. He said that his client would be completely vindicated by the courts.

A spokesperson for Elemen, Eric Rose, responded to Bloch’s comments by saying, we look forward to seeing Ms. Stone in the courtroom. The former housekeeper/nanny is seeking damages that have been unspecified for harassment and unsubstantiated termination