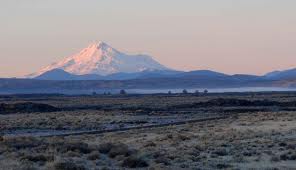 Four climbers were presumed dead following an avalanche on Mount McKinley on Thursday. The four feared dead are Japanese climbers and Park Rangers continue to perform a search and recovery effort. The avalanched took place early Thursday and was at a section of the mountain that is approximately 11,800 feet ASL.

Park rangers said that because of the long amount of time the four have been trapped, it is no longer a search and rescue effort but a search and recovery. In all, five climbers were traveling on the West Buttress of the mountain on a rope line, although when the avalanche took place the rope broke. One of the five survived the accident when he was swept into a crevasse and managed to climb out. He sustained minor injuries.

Hitoshi Ogi, 69, could not locate the other four climbers and descended alone to the base camp at Kahitna to report what happened. The four male climbers missing range in age from 50 to 64. The climbers indicated on the registration forms they filled out they had climbed peaks in Asia and Africa, but not Mount McKinley.

The mountain is named for the 25th president William McKinley and its summit is 20,320 ft ASL. The indigenous name for the mountain is Denali or “the high one.”

The team was apparently descending using the Motorcycle Hill route around 2 a.m. when the avalanche took place. The debris path was 800 feet long and over 200 feet wide.

Thus far this season, 630 climbers have left on expeditions and only 234 have reached the mountain’s summit. Currently over 395 are attempting. The climbing season is from late in April to the early part of July.

Navient Co. Given Average Rating of “Hold” by Analysts

AptarGroup, Inc. Given Average Recommendation of “Hold” by Brokerages