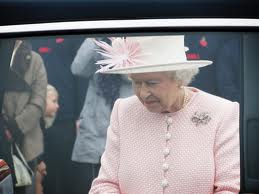 Today, the Queen’s birthday is celebrated throughout the British Isles and the British Empire Medal is making a comeback after more than 20 years. The medal honors those who perform hands-on service in their local communities.

Topping the list of honorees are Kate Winslet and Kenneth Branagh, two actors who will receive knighthood. Following them will be 293 British Empire Medal recipients.

Prime Minister David Cameron revived the award to reward those who volunteer. The award extends the reach of the system in honoring individuals who help their local communities such as a local waitress Patricia Carter or beekeeper Geoffrey Hopkinson. The awards are presented locally to the recipients.

Branagh, who is 51, said he was thrilled, humbled, elated and very lucky to receive the honor. He said as a young lad he wanted to play for the Northern Ireland soccer team and could only imagine the pride one would feel. However, today he said it feels as if the team jersey was given to him and his heart is ready to burst with pride.

Winslet, just 36, is an Oscar award winning actor who said she was completely surprised and truly honored by her knighthood. She said she is incredibly proud to be British.

Other knighthoods were given to songwriter Richard Stilgoe and Carphone Warehouse founder Charles Dunstone who have both been known for their philanthropy.

In all, 1,201 people had recommendations sent to the Queen for one award or another and 1,064 were selected. Over 72% of the award winners are involved in some type of voluntary or charitable work in their community.