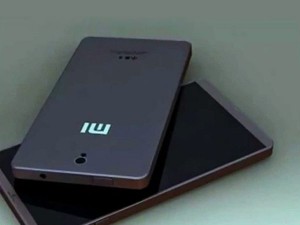 On Friday, Xiaomi the China-based smartphone maker announced that it had shipped more than 70 million smartphones during 2015. Although a very high number, it was short of the company’s ambitious target of 80 million.

Growing competition and a high dependence on the market in China were factors that might have contributed to the company missing its target.

The company sold over 34.7 million of its handsets the first six months of the year, and could not reach the targeted 80 million.

Growth in sales of smartphones is starting to slow down across China due to the saturation of this market, said an analysts located in Hong Kong.

XIaomi also faces stiff competition from other companies that have copied the strategy of the company of basing its sales online, content as well as exclusive apps.

Research showed in October that rival Huawei overtook Xiaomi as the top smartphone vender in China during the third quarter of 2014.

Falling to second was Xiaomi after shipments shrank compared to the year before. Xiaomi has come under great pressure to keep expanding as a player in the international market as things slow down in it key market at home.

Close to 90% of the sales by Xiaomi are in China. The company acquired star status due to a meteoric growth and its aggressive publicity campaigns and it attempting to reduce dependence on China by selling in other large markets such as the Philippines, Indonesia and India.

However, other than India and China, its performance in certain markets has been nothing but lackluster, said analysts.

Even in a country so heavily populated as India, it is not amongst the top five in the country as it is up against great competition from the more established local and international brands that have quickly matched the strategy of online sales of Xiaomi.

Expansion into the U.S. as well as Europe has been delayed largely due to concerns about litigation for intellectual property and licensing fees in the countries.