General Electric Agrees To Sell Appliance Unit For $5.4B (NYSE:GE) 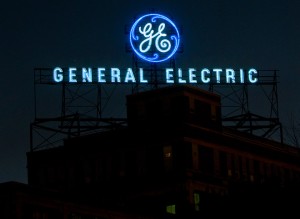 General Electric has announced the planned sale of its appliance unit to Chinese manufacturer Haier for $5.4 billion in cash. The deal also includes the 48.4 percent stake that GE Appliances owns in Mexican appliance company Mabe. The transaction is expected to close in mid-2016. The purchase must passes regulatory scrutiny in the US, China and elsewhere before the deal can be completed.

The appliances division had revenue of about $5.9 billion in 2014 and employs 12,000 people. General Electric said the deal valued the appliances unit at 10 times the past 12 months’ earnings before interest, taxes, depreciation and amortization. The sale will generate an after-tax gain of about $0.20 a share.

Haier, based in Qingdao in China, is the leading appliance manufacturer globally. The Chinese appliance company had revenues of about $32.6 billion in 2014. However, the company can only claim 1.1 percent of the US appliance market. The company has been working to expand its presence in the US.

A deal with General Electric, would put Haier in the number two position in the States, behind Whirlpool. General Electric commands just over 14 percent of the US appliance market. If the deal is approved, Haier will maintain the rights to use the General Electric appliance branding in the US and abroad for 40 years. Haier reportedly intends to keep the Louisville-based business headquarters, management team and workforce intact.

General Electric has been trying to sell its consumer-facing businesses for the past decade as it tries to refocus on industrial manufacturing. General Electric previously attempted to sell its appliance business to Electrolux of Sweden for $3.3 billion. However, that deal was killed in December 2015 due to objections from the US Department of Justice over antitrust concerns. A General Electric spokesperson stated that the company did not foresee any antitrust concerns with the Haier deal because it had a smaller market share than Electrolux.