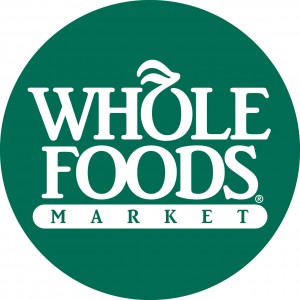 Shares at Whole Foods tumbled on Thursday after the grocer posted bad news in its earnings report for the quarter.

The company announced soft sales growth in comparable stores, admitting that bad press that surrounded a recent scandal related to overcharging had weighed on its sales during a time when it has been struggling to compete against the huge proliferation of organic and natural offerings at other grocers that are more mainstream.

It also missed estimates on earnings on both its top line and bottom and gave guidance for its fourth quarter that was lighter than had been expected.

Shares fell 10% during trading after hours on Wednesday and were down by 12% during Thursday’s premarketing trading.

During its fiscal third quarter, sales at comparable stores were up only 1.3% once they were adjusted for fluctuations for currency compared to an increase last year during the same period of 3.9%.

Sales dropped the final two weeks during the quarter after the company was found to have been overcharging its customers for certain products that were pre-packaged in New York City.

Later executives admitted to mistakes being made and a video apology was released. However, the backlash seems as if it persisted into the ongoing quarter with sales at comparable stores for just three weeks of the new quarter up only 0.6%.

The high-end supermarket known for its rather expensive offerings of organic vegetable and fruits had faced more competition from mainstream competitors such as Walmart and Kroger.

In its attempt to increase sales, it has started a number of different initiatives, including a chain of smaller stores that have less expensive produce called 365, after the everyday value brand at the grocers that is aimed at millennials.

Walter Robb the CEO said the marketplace is quickly changing and we think the necessary steps are being made to position the company for the long term.

On Wednesday, the company announced it would open up to five of its new 365 stores during 2016 and had secured leases for all five locations. The first store will be in Los Angeles followed by stores in Santa Monica, Houston, Bellevue and Portland.

TE Connectivity Ltd. Given Consensus Recommendation of “Hold” by Brokerages