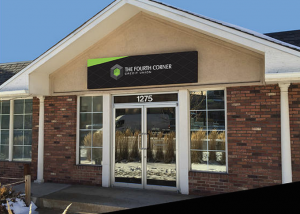 A bank in Colorado sued the U.S. Federal Reserve, as the federal agency did not give permission to the bank to provide financial services to businesses that are dealing in marijuana.

Denver’s Fourth Corner Credit Union filed its suit on Thursday against the Federal Reserve’s Kansas City branch, which supervises all banks in Colorado.

That branch denied the request of the Fourth Corner to allow it to operate within the federal banking system.

In 23 states, medical marijuana is now legal and in Colorado, Oregon, Washington, Alaska and the District of Columbia recreational marijuana is legal.

However, on a federal level it remains illegal, which means banks do not want to be associated with businesses involved in marijuana, that are therefore forced to operate cash only businesses.

Fourth Corner had been created to serve specifically the marijuana industry. It was given state approval in November of 2014 and was awaiting the green light from the Fed.

The industry had been counting on Fourth Corner hoping it would be the turning point for all the current financial issues. It has a broad support base including from groups of business owners, legalization advocates and attorneys.

The lawsuit filed by the bank called the denial by the Fed as anti-competitive and detrimental to the public’s safety.

The Governor of Colorado John Hickenlooper said the state would continue to push the federal government to permit banking for the marijuana industry.

The lawsuit pointed out that the businesses involved in the industry must deal in just cash, which creates a significant public safety concern.

The industry needs to work in all cash, which has created an entirely new industry of security firms that cater to the dispensaries.

The Fed’s Kansas City branch declined to make any comment when a request was sent.

The lawsuit might possibly push the courts into resolving the conflict between laws that are federal and state.

Federal regulations affect the marijuana industry as well in other ways. Last month, the premier commercial about recreational marijuana was not aired on TV because the federal government regulates the airwaves.