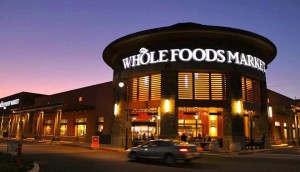 Whole Foods Market is facing accusations from a New York City agency that the company has been systemically overcharging its customers for its goods. New York City’s Department of Consumer Affairs (DCA) reported that an ongoing investigation had found evidence of the overcharging at Whole Foods stores across the city. The investigation was first reported by the New York Daily News.

Throughout the investigation, 80 different package types were tested and all were found to have mislabeled weights. The products tested included prepackaged meat, dairy, baked goods, berries, vegetables, and seafood as well as nuts and other snack products. In a statement, the agency said, “The overcharges ranged from [80 cents] for a package of pecan panko to $14.84 for a package of coconut shrimp.”

In some of the cases, packages had been labeled with exactly the same weight when it would be almost impossible for all of the packages to weigh the same amount. The investigation also found that nearly all of the tested packages (89 percent) exceeded the federal standard for the maximum amount “that an individual package can deviate from the actual weight.” The agency alleged that the overcharges continued even after the company was informed of the investigation.

Because the investigation is ongoing, penalties have not yet been assessed. A first time occurrence of falsely labeling a package carries a fine as high as $950. Subsequent violations carries fines up to $1,700. The estimated number of violations for the Whole Foods locations in New York City is in the thousands.

Whole Foods released a statement in response that said, “We disagree with the DCA’s overreaching allegations and we are vigorously defending ourselves. We cooperated fully with the DCA from the beginning until we disagreed with their grossly excessive monetary demands.” The statement continued on to say, “Despite our requests to the DCA, they have not provided evidence to back up their demands nor have they requested any additional information from us, but instead have taken this to the media to coerce us.”