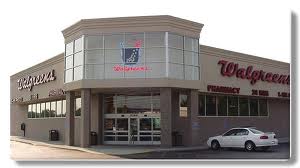 The deal will make one of the largest pharmacy retailers and drug stores in the world, with over 11,000 stores located in 12 countries. The purchase by Walgreens allows it to enter an overseas market and gives Alliance Boots a presence in the U.S. that it has wanted for some time.

The announcement represents a great opportunity for us, said the CEO of Walgreens Gregory Wasson. He said it will accelerate the five core strategies the company has and advance its mission in the U.S. and internationally.

Alliance Boots’ Stefano Pessina, its executive chairman acquired the company in 2007 for $22 billion. The Italian billionaire has expanded the business through international acquisitions to make Alliance a global retailer. In 2005, Pessina was instrumental in a merger of $12 billion between Alliance and its rival Alliance Unichem.

Recently Pessina has been looking for another merger or acquisition, in either North America or Asia to continue the international expansion of Alliance Boots, said a person close to Alliance.

Walgreens said it offered $2.7 billion in stock and $4 billion in cash to buy the pharmacy and retailer. The U.S. pharmacy can also purchase the remaining 55% in Alliance three years after the original deal closes. The final selling prices could vary depending on Walgreen’s performance and the fluctuations in foreign exchange.