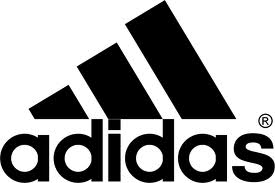 Despite defending the design of the shoe, Adidas has decided not to release the JS Roundhouse sneaker that has been criticized for being racist. Only hours after the company had defended the shoe’s design against racism accusations, Adidas announced that the production of the shoe would be stopped and not be available in August, as was originally planned.

The sneaker, the JS Roundhouse Mids, featured plastic chains that were orange and a cuff that could be strapped around the wearer’s ankle. They were slammed because of resembling shackles and Adidas was criticized for using images that were reminiscent of slavery.

Adidas brushed of the critics initially saying that the shoes were a creative vision of Jeremy Scott the designer who is known for his outrageous and quirky designs. The company announced that any suggestion linking the sneakers with slavery was completely wrong. However, as the controversy increased the company was forced to pull the shoe and issue a statement saying the sneakers were cancelled.

The company said the shoe had appeared on its Facebook page prior to its release in the market and had received both critical and favorable feedback. Adidas apologized if anyone had been offended by the design and said it would withdraw plans to make the shoe available in the marketplace.

Writers and commenters on the web filled the Facebook page last week with negative comments over the shoe. Even Rev. Jesse Jackson had harsh words to say about the shoe and Adidas. Scott said his design was inspired by My Pet Monster a children’s toy that was designed in the 1980s.