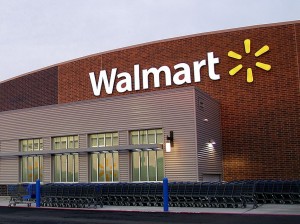 Wal-Mart Stores Inc. has made an announcement that the company would be raising the wages of about a half-million of its workers in the United States this year. Wal-Mart is currently the nation’s largest private employer with about 1.3 million U.S. workers on its employee rolls. The changes that Wal-Mart is making to its business practices are expected to give its employees more opportunities for advancement and more consistent schedules. The company is also increasing its focus on recruiting and retaining better workers at its stores to improve its business.

To accomplish its goals, Wal-Mart needs to be able to stand out in the increasingly competitive retail industry. Over the past few years, Wal-Mart has seen increased criticism from customers regarding poor customer service and shabby stores. As stories have come out about Wal-Mart employees relying on public assistance to make ends meet and the federal government’s contemplation of raising the national minimum wage, the company has faced increased pressure to pay its hourly employees more.

Wal-Mart hopes that investing in its workers will result in stores that are better run, increased customer satisfaction and an increase in sales and profits. Two years ago, the company announced a series of moves to make its stores more efficient and cut back on staffing levels in many of its stores. The moves backfired, resulting in low morale among workers and difficulty in keeping shelves restocked. Shoppers came to expect unkempt stores and bad customer service and many stopped shopping at Wal-Mart stores.

The changes in wages are part of a $1 billion investment the company is making to improve its stores and attract more customers. For most of the past two years, the company has reported disappointing sales in its quarterly earnings reports. The company’s business in the United States has reported declines or no growth for the past eight quarters. Wal-Mart’s U.S. business accounts for about 60 percent of its net sales. The company is hoping that providing its workers with better wages will help it boost its bottom line.