Vodafone confirmed that it is in talks to sell to Verizon Communications its 45 percent stake in Verizon Wireless. Analysts said that the deal could be worth around $125 billion. Verizon has been trying to buy the stakes. It could be the largest purchase in history. 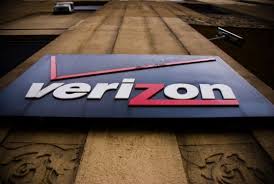 Once Verizon has complete ownership of Verizon Wireless, the company could shift from receiving dividends to being able to incorporate all of the profits. The company will also have full control of what to do with the profit as advertisers, wireless carriers, and content distributors use mobile data, smartphones, and information services.

Complete ownership of Verizon Wireless allows the company to integrate its business more tightly. It can result to better deals on bundles with wireless and wireline products. Customers of Verizon might not see any difference in the company’s service in the short term. The deal’s impact will be negligible.

The wireless industry is estimated to be worth $1.6 trillion and predicted to be a multitrillion dollar market in the next decade. This might be the reason why Verizon want full ownership of Verizon Wireless.

The number of cellular subscriptions will be larger than the world’s population. This is because aside from mobile phones, other devices such as tablets, home security systems and video game devices connect to cell towers to deliver data, media and entertainment to end users.

Verizon is the top cellphone carrier in the US by market share but it faces stiff competition from AT&T, which is the second carrier. Smaller carriers, such as T-Mobile USA and Sprint, provide lower cost phone and data plans to compete with the two largest companies but Verizon and AT&T still account for two-thirds of subscribers in the US.

Verizon has been investing in network infrastructure to attract customers. It led the race in building a LTE wireless network, which is currently the fastest. Verizon has LTE covering 500 markets while AT&T has 370 markets.