US Consumer Less Optimistic in August

US consumers were worried about the higher interest rates and slower economic growth. These were the factors why they were less optimistic in August as consumer sentiment dropped from July’s six year high. This was according to the survey made by Thomson Reuters/University of Michigan. 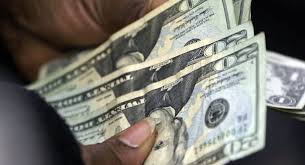 The preliminary reading on overall index on consumer sentiment by The Thomson Reuters/University of Michigan dropped to 80.0 from 85.1 last month, which was the highest level since July 2007. The result this month was below the estimated 85.5 by economists.

Consumers’ view of the present economic conditions got the largest decline as most consumers predicted the growth rate to slow down a bit. According to survey director Richard Curtin, the changes were not big enough to overturn the view that economic expansion will continue.

Curtin added that the most vital changes have been the increase in home prices and the expected rise in interest rate next year. Long term interest rates have increased by more than a full percentage point over the last three months due to the speculations that the Federal Reserve will start pulling back its stimulus program as soon as next month.

The speculation led to the increase in mortgage rates that could take some momentum out of the housing recovery that has been raising prices up for more than a year. Last Thursday, investors sold stocks and bonds as they expected higher rates. This sent the benchmark 10 year Treasury yields to a two year high above 2.8 percent.

The poll’s barometer of current economic conditions dropped to 91.0 from 98.6. The reading of consumer expectations fell to 72.9 from 76.5. Upper income households said they expected slower income gains in the coming year due to inflation.