Shipping company UPS agreed to pay $40 million to stop the federal criminal probe with regards to its connection to online pharmacies. This was announced by the US Department of Justice Friday. It added that the company will be taking steps in ensuring that it blocks illegal online drug dealers from using its delivery service. 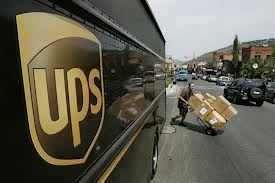 The Department of Justice said that the fine is the money that UPS collected from alleged illegal online pharmacies. Because of the deal, UPS will not be charged with any crimes connected to the investigation. FedEx Corp, which is UPS’ largest competitor, is also the subject of a federal probe.

The investigations on both UPS and FedEx started last year. During that time, UPS said that it was working on a resolution with the Department of Justice. In a statement released last Thursday, the company said that it has an obligation and responsibility to stop the sale and shipment of drug sold via illicit online pharmacies. FedEx maintained it didn’t do anything wrong and would not enter any deal.

The probe of the two companies came from a worldwide campaign to stop illegal online pharmacies that was launched in 2005. Since that time, dozens were arrested and thousands of web sites were shut down across the globe. Investigators are still trying to widen their probe beyond the operators.

Chris Napoli, operator of Safescripts Online, was given a sentence of four years in jail and ordered to forfeit $24 million in revenue from his online pharmacy from 2004 to 2006. Two other men were sentenced along with him. Seven others were already convicted of operating illicit online pharmacies last year.

In 2011, Google agreed to pay $500 million as settlement for the allegations made by the Justice Department that it profited from ads placed by illegal online pharmacies.