UPS reported that its second quarter earnings will be lower than its previous expectation as customers opted for cheaper options as well as an oversupply in the air freight business. The logistics and package delivery company said that it is expecting a slowdown in the industrial economy of the United States. Most industries use shipping services in their operations and UPS and its competitor FedEx are known as bellwethers for the economy. 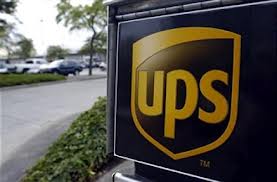 UPS’ warning about the slowdown of the economy is consistent with other data that indicated weakness in the sector. Analysts said that the overcapacity in the air freight market was due to the buildup of several carriers as they anticipate the growth in Asia that hasn’t materialized yet.

United Parcel Service said that its second quarter earnings would be $1.13 per share. Analysts who have been polled by FactSet estimated around $1.20 per share. The company’s stock was down around 5 percent in pre-market trading. Its shares dropped $5.33 to $86.12 Friday. It reached as low as $85.78 during the day.

The company said it expects the trend to continue for the rest of the year and has prepared to meet the conditions. It would decrease the capacity between Asia and the United States in July. The company has cut its outlook for full year earnings to $4.65 to $4.85 per share. The amount was still more than what it earned last year but lower than the $4.98 per share that analysts have estimated.

UPS is set to release its second quarter earnings report on July 23. UPS has a first quarter profit of $1.04 billion or $1.08 per share.