Unruly Air Travelers May Get Sued 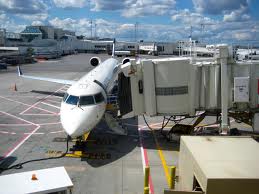 New York air travelers that use one of the three main airports in the area may soon be paying for the cost of delaying flights for their unruly behavior. A spokesperson for the Port Authority of New York said that a number of planes have had to return to the gate because of passengers being disruptive.

The spokesperson said they were looking into cutting down the amount of incidents that need police response and reduce the money airlines lose due to the incidents. The Port Authority plans to use posted signs, social media and other methods to remind passengers in a firm way that they must follow instructions given to them by crewmembers of the airlines.

They are also looking into ways of taking civil action against certain cases. Per hour, it costs an U.S. airline $5,867 to operate, according to A4A, the Airlines for America trade association. Any delay therefore represents a cost to the airline’s bottom line. If the Port Authority enacts the new policy, it might sue those passengers who cause delays in order to pay for all related costs.

In the three area airports, there were over 1.3 million flights during 2011. Approximately 400 incidents were responded to by police that involved disruptive passengers on planes. Most were because of passengers not turning of electronic devices, which is federal law. Other incidents included passenger disputes and smoking by passengers.