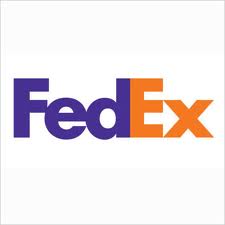 A $3 million settlement has been reached between the United States Department of Labor and the ground delivery unit of FedEx to resolve allegations of discrimination within the company.  The Labor Department’s Office of Federal Contract Compliance Programs found evidence of discrimination in hiring on the basis of sex, race and national origin.  The office monitors employment practices at the nation’s 200,000 federal contractors.  These contractors employ nearly 25% of the nation’s work force.

FedEx Ground Package Systems reached the agreement as the company was facing allegations of discrimination against 21,635 job seekers at two dozen FedEx facilities in 15 states.  Labor Secretary Hilda L. Solis said in a statement, “When you do business with the government, we expect you to do the right thing.  That includes giving all Americans an equal shot at a good job.  It’s about more than just the law — diversity is smart for business.”

Evidence of discrimination was first uncovered at FedEx during a regularly scheduled review seven years ago.  The review found discrimination against blacks, Hispanics, Asian-Americans, and Native Americans when compared with similarly positioned white applicants. Women faced discrimination as well and were sometimes disqualified automatically from posts requiring the lifting of heavy objects.  Of the 21,635 applicants covered by the settlement, 61% were female, 52% African-American, 14% Hispanic, 2% Asian and 1% Native American.

FedEx Ground spokesman Patrick Fitzgerald said the company believed that the Labor Department’s position was not supported by the law.  He said, “The bottom line is we admitted no wrongdoing.  The allegations and the whole drive for the settlement were based on a computer statistical analysis, rather than on any individual complaints or investigation.  We agreed to the $3 million to avoid what would have been a prolonged and much more costly resolution process.”

Under the settlement, FedEx will correct discriminatory hiring practices and extend job offers to 1,703 people rejected for jobs as part-time package handlers.  As an example, a department spokesman said that the audit of a FedEx facility in Grove City, Ohio, found that discrimination had affected 3,898 applicants, who will now receive a total of $617,260 in back wages and will be extended 312 job offers.  The positions will be filled as they become available.