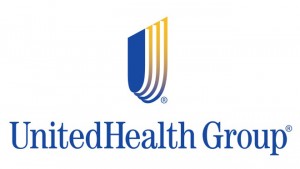 UnitedHealth Group, the largest health insurer in the U.S. posted profit that was better than had been expected during the third quarter. The results were helped by medical costs that stabilized in its different health plans and more revenue from its pharmacy management business Optum.

The company announced that trends in medical costs were as had been expected, an indication that the use of the medical services by patients had not been increasing in an unexpected manner.

The percentage of premiums paid for the services dropped by 80 basis points from during the second quarter.

That loss ratio increased more than a year ago by over 90 basis point to just over 80.6% because of higher spending in healthcare in some of the company’s Medical Advantage programs for the disabled and seniors.

The U.S. government set quality measures that were more stringent for the plans and the insurers are investing to remain competitive.

A move to more government business, due to patient costs tending to be higher in comparison to insurance that is employer based, also contributed to the decline year over year in that ratio, the company announced.

The costs for the plans that are sold through public exchanges that were created under the national healthcare program by President Obama pressured UnitedHealth operating margins, said the company.

The company is the first out of five large insurers that are publicly traded to report its earnings. Two of the five, Anthem and Aetna are consolidating the industry to just three national players.

Net profit that was attributable to the company’s shareholders reached $1.6 billion equal to $1.65 a share, during the September 30 ending third quarter.

Revenue was up ending the quarter at $41.48 billion, which beat the estimates by analysts of $40.17 billion.

Revenue from its Optum business that offers analytics, technology and healthcare data services was up from last year’s $12 billion to just over $19.3 billion.