U.S. Subsidies To Boeing Illegal, According To European Commission (NYSE:BA) 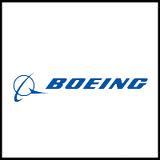 The European Commission has charged that the subsidies being given to Boeing by the United States are illegal, according to a trade case filed by the Europeans. The U.S. is accused of funneling billions of dollars in illegal subsidies to the aircraft maker. The cases alleges that the American plane maker gets an unfair advantage over its European arch-rival, Airbus, when it is allowed to accept these types of illegal subsidies.

The World Trade Organization said in a statement that the European Commission filed the trade case in response to a package of tax breaks offered to Boeing by the state of Washington. Washington offered the tax deal to the aircraft maker for the manufacturer to agree to build its next generation jet in the state. The European Commission claims that the tax break package violates the rules of the World Trade Organization.

Washington wanted to ensure that the company would build its planned 777X jet in the state, so the Washington State Legislature passed an $8.7 billion incentive program in November 2013 to offer to Boeing. By accepting the tax break package, Boeing would be agreeing to perform its assembly work for the 777X in Washington through 2040. The production of the plane’s wings and the final assembly of the finished aircraft would be done exclusively in Washington. The 777X is a stretched version of Boeing’s popular 777 wide-body aircraft.

The European Commission said in its statement that the tax incentives provided to Boeing for the manufacture of the 777X were of the same type that Washington State gave the company in 2006 for the development of the 787 Dreamliner, which were ruled illegal by the W.T.O. in 2012. Those tax incentives for the 787 are still in place and are not scheduled to expire until 2024, despite the ruling by the W.T.O. The European Commission estimates that the subsidies total more than $3 billion to date.