The Fiscal Cliff: The beginning of the end?

We are talk a lot about the Fiscal Cliff, but often in a language that is a bit like… What’s this? Literally it is a “fiscal abyss” in which the U.S. economy might fall – some people talk about a decline in GDP in stars and stripes of 4% and those who venture to predict even a -5%.

The reason is that they are running out a series of tax incentives put in the pipeline already during the Bush administration. A problem which binds with expected spending cuts and the problem of the Debt Ceiling – the cap is reached and we are close to the limit of public debt. 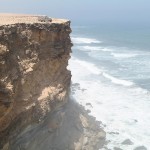 The trend of handbags as well as our spreads up or down is depending on the expectations on the successful conclusion of negotiations between Republicans and Democrats. And the white smoke should not necessarily have arrive before the end of the year of 2012, it can be concluded even at the end of the month of January …

Managing to escape the danger recession is only one aspect of the problem. At this time the debt of the United States is traveling even on higher levels than in Europe (Spain/Greece/Italy) – we are talking 140% when aggregating the debts of individual states and the government agencies. When the real estate bubble occurred in the US, the American citizens didn’t know how to get the right Open Market Option in order to get the best annuity rates and for that reason their fiscal cliff has gone higher.

I agree that the U.S. unlike the European countries print money circulating in their country, and therefore have no problem in default, but have a think – at least in the medium term – to a policy of reducing public debt – now the deficit is levelled by the Greeks, or more than 9% of their GDP. Otherwise they run the risk of seeing increasing costs for debt service – that may end up paying more interest on the debt.

But to make the correction – and rightly so – they are waiting for a different economic framework in which it would not produce the devastating effects that we have seen unfolding in Europe.

At the last second – almost – the Republicans and the Democrats have failed to reach an agreement to avoid the infamous Fiscal Cliff. The compromise was approved by the Senate with an overwhelming majority of 89 votes to eight. Now it’s up to the House, where there is a Republican majority.

The agreement does not solve all the problems. You rake something like six hundred billion over the next ten years and will raise the roof on Federal debt. And the agreement will probably be changed in the House, where Republicans demand more than the increase in taxes but they also aim for cost cuts.

The agreement was reached by the U.S. Vice President Joe Biden and Senate Republican leader Mitch McConnell, and expects an increase in rates – from 35 to 39.6% for those who earn. The ones that exceed this threshold will also pay a higher percentage on capital gains and dividends – they can go from 15 to 20%. There have been also cancelled a series of deductions for those earning more than 250,000 dollars.

There will also be an increase on inheritance tax for estates over five million and an increase in levies on wages – equivalent to two percentage points – to give breath to the pension system.

His achievement has been postponed for a few months with a series of Tesoroche manoeuvres returned appropriations for retirement plans of public employees. They are continuing to struggle setting of President Barack Obama who wants to hit even the richest and the Republicans who want to cut spending in particular. We’ll see what will happen.