Federal workers have their student loans subsidized by the government. This was designed to make jobs in the government more attractive to those who might earn more in the private sector. The perk is now up for the chopping block. 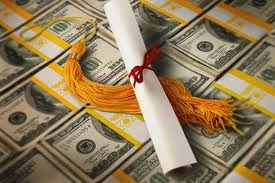 It looks like Congress will allow student loan interest rates to double on July 1 but federal workers are protected from the increase due to the benefit funded by the taxpayers that give more than $20 million last year for them to reduce their college debts. Congress passed the perk more than 10 years ago. The 2007 law that reduces student loan in half is set to expire July 1. Congress has failed to reach an agreement to extend it.

According to a review of congressional spending records by the non-profit Sunlight Foundation and USA Today, the House of Representatives spent nearly $15 million last year to pay for staffers’ student loans. Senate spent around $6 million. Members of Congress are not qualified for the program.

Federal agencies spent around $72 million in 2011 to pay down student loans for 10,134 federal workers. Officials have defended the program as a vital benefit that helps the government attract and retain workers. Participants of the program are not protected from increases of interest rate.

Student loan debt increased has steadily increased in recent years. Two-thirds of college graduates in 2011 have student loans. The amount has surged upward. It nearly doubled from the $550 billion in the fourth quarter of 2007 to around $1 trillion in the first three months of 2013.

Congress passed the student loan repayment program in 1990 for federal workers in order to recruit and maintain good workers. It was not implemented for more than a decade. Congress included Senate staffers in 2002 and the House in 2003.

L3Harris Stake Reduced by State of Alaska Department of Revenue