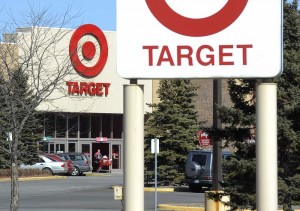 Target Corp will increase its minimum wage next month for all workers to $9 per hour, a move that matches one previously made by its rivals TJX Cos and Walmart Stores, said a source familiar with the situation.

The move follows pressure exerted by labor groups calling for fast food companies and retailers to implement a living wage, in addition, increased competition from labor with the rate of unemployment down to its lowest in over six years.

Target stock dropped 1% following the news in extended trading. The company did not comment on its new minimum wage saying it does not disclose its wage levels.

Last month the clearest signal of a change landscape in labor came when Walmart, the private employer that is the largest in the U.S. said it would increase its minimum wage to $9 starting in April, with another bump to $10 per hour next year.

The following week, Marshalls and T. J. Maxx’s owner TJX announced it would increase its minimum to the same $9 starting in June.

The next set of retailers that will likely face pressure to hike wages will be drug store changes such as CVS Health, Rite Aid and Walgreens, in part due to them being seen as able to pay more because of solid growth in earnings, said one consultant in retail.

Executives at Target have recently said they would attempt to remain competitive with wages ensuring they kept workers but said they would make certain adjustments based upon circumstances of the different local markets.

Earlier in March, John Mulligan the CFO at Target said in a meeting that paying a wage of $9 per hour in New York City or in North Dakota for example would not attract new workers.

However, pressure rose for Target, which is competing for Walmart for employees. An advocacy group for women UltraViolet for instance ran an ad campaign on the web recently that targeted residents and shoppers near three big Target stores. The ads said that there was a Walmart nearby that paid more than a nearby Target.