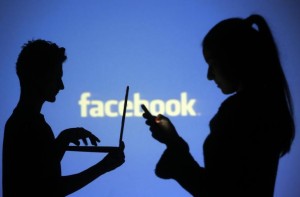 Facebook at times has struggled with balancing its desire in being a free speech advocate while trying to keep its service of social networking safe for the family and a positive environment for a broad and diverse section of people.

The result is Facebook has faced protests for things such as removing photos of breast feeding women or censoring the content from political groups that are extremist.

Therefore, in an attempt to clear up things, Facebook issued on Monday its new community standards that include updates to its respectful behavior category. That category includes hate speech, graphic violence and nudity.

In a blog post, the company wrote a question of what it means by nudity and hate speech. While our standards and policies are not changing, people have requested more examples and clarity so that was supplied on Monday’s update.

Facebook with regard to nudity said they remove photos of people that display genitals or that focus on buttocks that are fully exposed. The social networking site said it also restricts some images of female breasts if the nipple is included but allow photos of women engaged in breastfeeding or showing their breasts with scarring that is post-mastectomy.

The site also allows photos of paintings, sculptures as well as other art that depicts figures that are nude. It restricts displaying both sexual activity and nudity as well of content digitally created unless that content is posted in a satirical, humorous or educational purpose. Explicit images that contain sexual intercourse are prohibited.

In its new guidelines released today, Facebook said it was attempting to enforce its policy uniformly across the globe but that this issue remained challenging.

Violence and graphic images of public concern or interest like acts of terrorism or abuses of human right are allowed. However, images shared due to sadistic pleasure or celebrating or glorifying violence are removed.