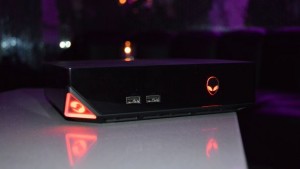 The first two Steam Machines are now available for pre-order. Cyberpower and Alienware two makers of PCs have each announced they have new machine that will be sent to buyers during October. Both companies are offering the machine in the hope of bringing PC gaming, to much wider audience.

Several different Steam Machines are set to become available later this year, an attempt by Valve the games publisher to compete with consoles like PlayStation and Xbox. Many analysts still are not yet convinced they will pose a threat to the well-established brands of Sony and Microsoft.

Steam is a very popular gaming platform as well as shop of the PC market. In 2013, owner Valve made an announcement it would work with manufacturers in the development of the Steam Machine with the hope of encouraging PC gaming in homes, where consoles have all but sewn up that domain.

Some analysts believe the new machines will not disrupt the already established order in the home, as it will take a few years for the price point and the performance equation of the Steam Machines to compete with the consoles.

The machine by Alienware costs $449, while the Cyberpower will have a price of $499. However, buyers have to wait until November, and then pay extra to use the official Valve Steam Machine controller that has two haptic feedback trackpads.

The controller was designed, as a gamer’s alternative to typical gaming on PC that is set up with a mouse and keyboard.

Both of the machines can be increased to offer more power.

Steam machines might be able to capitalize through iterating quicker than the games consoles did which are usually not upgraded for a number of years.

While the sales of PCs have fallen off of recent due to the onset of tablets and smartphones, PC games remains very robust. The biggest platform when looking at PC is gaming.